Home > Projects  > WITHOUT HER

Posted at 13:05h in Projects by MHarderadmin
PR PROJECT

The director Arian Vazirdaftari and the main cast Tannaz Tabatabaei and Shadi Karamroudi are available for interviews.

WITHOUT HER (Bi Roya) by Arian Vazirdaftari is celebrating its International Premiere in the Orizzonti Extra section at the Venice Film Festival 2022. The film by the award-winning Iranian director is a tribute to intellectuals who seem lost in their own era.

WITHOUT HER is about the illusion of individual choice if others determine who you are – a situation forcing you to either adapt or risk being replaced by those who do.

Just two weeks before Roya is set to emigrate from Iran to Denmark at her husband’s insist- ence, she encounters a quiet young girl. The girl seems lost and doesn’t remember anything. Roya takes her in, unaware that the girl has abandoned her previous life and now come to re- place Roya. A couple of days later, Roya finds out that she will be prohibited from leaving Iran unless she sells out a colleague. Soon after Roya refuses to betray her friend, the young girl steals Roya’s identity and takes over her life with the assistance of Roya’s husband, Babak. As Roya fights to recover her identity, she realizes, to her surprise, that no one remembers her any- more and that everybody takes the lost girl to be her.

Arian Vazirdaftari was born in 1988 in Tehran, Iran. He has a BA in Industrial Design and graduated from the MFA program in Directing at the Art University of Tehran. Since 2012, he has written, directed and produced 5 short films that have enjoyed success and won prizes at local and International film festivals. His most recent short film LIKE A GOOD KID premiered in the Cinefondation Competition at the 70th Cannes International Film Festival in 2018. WITHOUT HER marks his feature film debut. His script for his second feature film was selected for the 2021 Berlinale Script Station.

WITHOUT HER is produced by Fadak Film Productions. 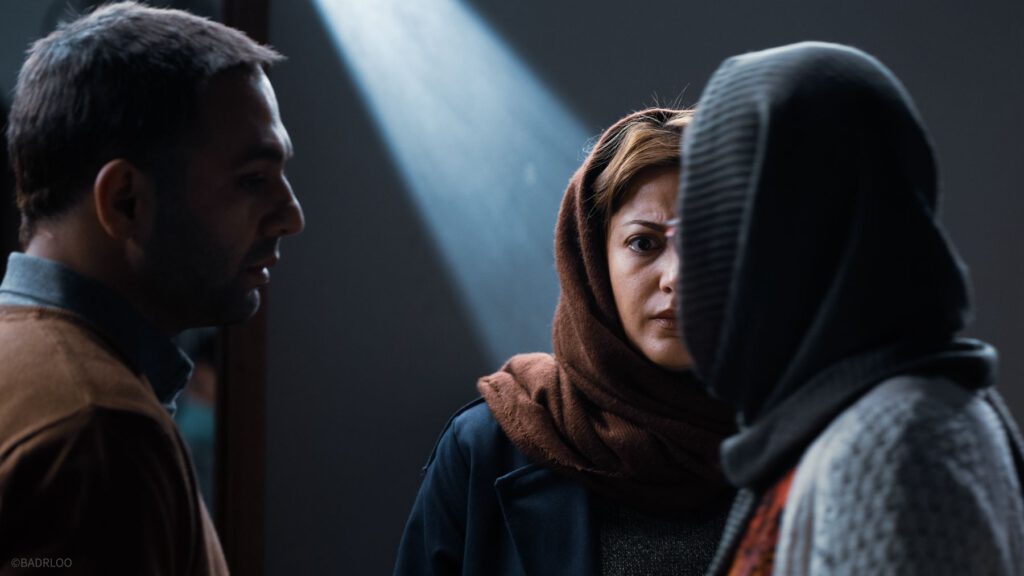