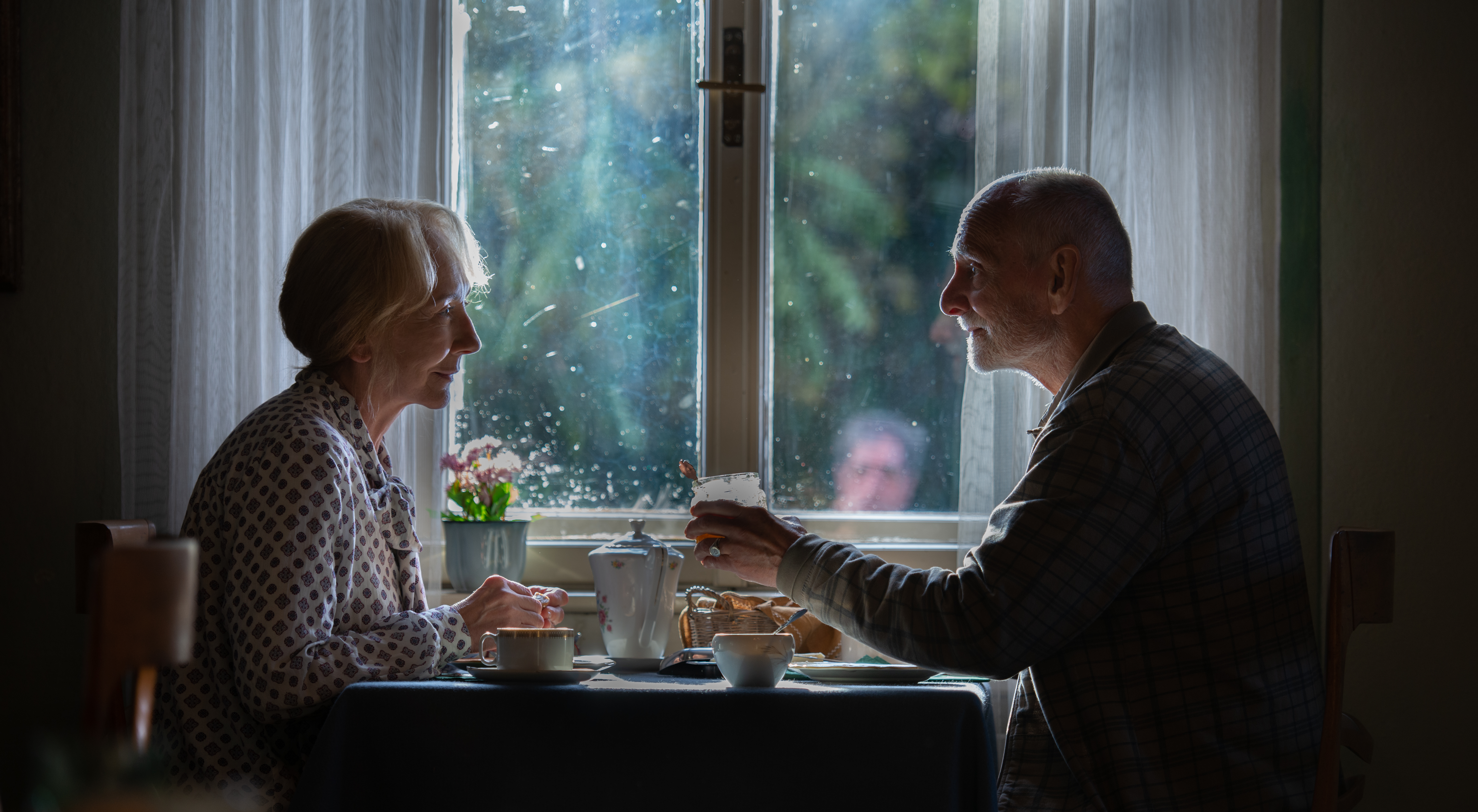 Posted at 10:30h in Projects by MHarderadmin
PR PROJECT

The director Miroslav Mandić and leading actors Sandi Pavlin and Silva Čušin are available for interviews.

The film SANREMO, written and directed by Miroslav Mandić, is celebrating its world premiere at the Tallinn Black Nights Film Festival 2020 in the Official Selection – Competition. The Slovenian-Italian co-production tells a story about relationships in senior years. To approach this sensitive topic, Mandić cast the renowned Slovenian actors Sandi Pavlin, Silva Čušin, and Boris Cavazza. The images of the director of photography Peter Zeitlinger emphasise the light-hearted yet serious character of SANREMO.

SYNOPSIS
Living in the same nursing home, Bruno (Sandi Pavlin) and Duša (Silva Čušin) enjoy each other’s company. However, their moments together are always soon forgotten, as both of them suffer from dementia. Each time they meet feels like the first. This unique relationship is evoked by Gigliola Cinquetti’s song “Non ho l’età”, performed at the Sanremo Festival back in the 1960s – the only shared memory from their youth. When Bruno is alone, his past resurfaces, causing him to retreat to his old life – his home, his wife, and his dog, who are, in reality, no longer around. One night, he has trouble finding his room. He accidentally walks into Duša’s and falls asleep next to her. In the morning, they start arguing, each of them convinced the other one is in the wrong bed, only to rediscover their mutual affection. Moments later, dressed in her finest clothes, Duša waits for Bruno at their breakfast table in vain.

Visiting his uncle in a retirement home, Mandić was moved and inspired by the vulnerability of its inhabitants, their sporadic smiles, and the childlike attitude to the world around them. Accordingly, powerful and poetic images alternate, portraying the protagonists’ confusion as well as their nostalgic moods. SANREMO is a love story of broken memories triggered by a song.

Miroslav Mandić, born in Sarajevo, graduated from the Columbia University School of the Arts, New York. After a brief film career in Bosnia and Herzegovina, he emigrated to the Czech Republic during the 1990s Yugoslav Wars and directed numerous documentaries. Currently, he lives and works in Slovenia. His films have been screened at many renowned international film festivals – Locarno, Chicago, Santa Barbara, Munich, Sarajevo, Melbourne, Krakow, Cairo – and have won several awards. These works include I ACT, I AM (Igram, sem, 2018, feature film), STAIRWAY (Stopnice, 2015, short film), ADRIA BLUES (2013, feature film), SEARCHING FOR JOHNNY (2009, documentary), and BORDERLINE LOVERS (2005, documentary).

SANREMO is produced by FILMOSTOVJE in co-production with INCIPIT FILM and RTV SLOVENIJA with the support of the SLOVENIAN FILM CENTRE, FS VIBA FILM, MIBACT, FVG FILM COMMISSION, and FVG AUDIOVISUAL FUND. The producers are Miroslav Mandić and Nina Robnik, co-producers Marta Zaccaron and Fabiana Balsamo.